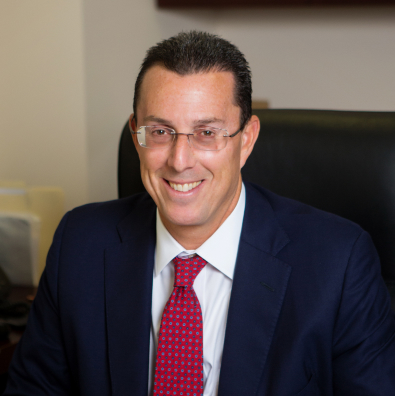 Joel Ditchik founded Ditchik & Ditchik with his father Alan Ditchik in 2000. Prior to that, the two practiced as Counsel to a real estate law firm.

Born New York, New York, Joel was admitted to the NY bar in 1993 and to the District of Columbia Bar a year later.  After majoring in International Relations at Tufts University (B.A. magna cum laude, 1989), he attended The George Washington University National Law Center and earned his J.D. in 1992, having served as Senior Projects Editor on The George Washington Law Review.  Following graduation from Law School, he became a law clerk to U.S. District Judge Philip M. Pro (D. Nev.), serving in that role in 1992-1994.  Joel is a member of The Association of the Bar of the City of New York (where he served as Chair of the Committee on Condemnation and Tax Certiorari from 2003-2006 and as its secretary from 2001-2002; the Real Estate Board of New York (where he sits on the Tax Policy Committee); Nassau County and New York State Bar Associations.  Joel served as the President of the NYC Real Estate Tax Review Bar Association from 2013-2015, and he continues as a member of the Board of Directors of that organization.